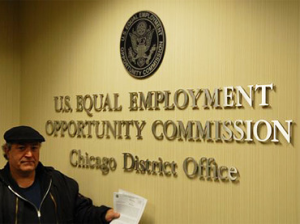 You would think the Department of Justice would not undertake such a case unless they had a case. However, it is not their money and they are awash in money after record breaking civil forfeitures.

After reading the article it seems as if they could pile enough human rights related charges to send them to prison for several centuries. Charges like false imprisonment, unsanitary working conditions, not filing all the forms for migrant labor and the beat goes on.

Then there is a host of code violations and crimes that could be filed by the states in the places they had slave labor. This could have been a win win situation.

Then there were 3 of the ring leaders that had already pled guilty.

There is always the option of listing all the businesses and locations and see what public pressure will do. Human Rights organizations, boycotts and adverse publicity is a fine tool when the Department of Justice gets cold feet or just demonstrates incompetence.

There is only one real conclusion and that is there was political pressure brought to bear and this is an election year so political pressure and donations are the name of the game. We only need a list of the businesses that were hiring the illegals and the money trail will become blatant. . US drops biggest-ever human trafficking case amid evidence doubts

Over the last decade, numerous human trafficking cases have been prosecuted in Michigan. The court dockets detail the horror stories: Children being sold for sex at truck stops, servants held in captivity and forced to clean for free, and women forced into the sex industry, forfeiting their earnings….’

‘…”Sadly, prosecutions nationwide of domestic servitude cases are rare,” said Bridgette Carr, director of the Human Trafficking Clinic. “I am not sure why at the end of the day these traffickers were not arrested before they left the United States.”
Human trafficking a growing crime in the U.S.