My question to any one out there is: Have you ever seen a politician go to jail for a mandatory drug sentence. To the best of my memory, they plead a ‘oh so sorry and its off to rehab.

‘…This week’s release of the Human Rights Watch Report, “An Offer You Can’t Refuse,” confirms that harsh sentencing laws have undermined the American jury system. On average, 97 percent of defendants plead guilty in federal court. For crimes that carry a minimum mandatory sentence, going to trial has simply become too risky. As Human Rights Watch reports: “Defendants convicted of drug offenses with mandatory minimum sentences who went to trial received sentences on average 11 years longer than those who pled guilty.”…’

Are US prosecutors forcing guilty pleas on drug defendants?

Posted in Politics, The Problem, Vigilante Justice | Leave a comment

Meggs: Winston could come “in very near future”

I grew up in a world where law enforcement was depicted by Dragnet and the Defense was characterized by Perry Mason and in a sense that remained by vision till I was about 45 when I moved to Gainesville to attend the University of Florida. Then I discovered the reality of police and conduct of the Criminal Justice Industrial complex.  Now my vision of law enforcement is that if you do not have a natural advocacy group behind you there is no law or protection of the law.

No where is this clearer than in Tallahassee where there is a rape case pending against the quarterback of an undefeated football team of Florida State University. I have provided a quote from the newspaper for Tallahassee as well as links to a rather complete picture of the case. You can come to your own conclusions.

“The family of the woman who identified Florida State quarterback Jameis Winston as the man who sexually battered her criticized the Tallahassee Police Department Wednesday, saying a detective warned against proceeding with the case because Tallahassee is “a big football town” and she would be “raked over the coals.”

A statement from the family says that on Dec. 7, 2012, the woman was raped by an unknown person. The woman immediately reported it to law enforcement and cooperated with all requests from officers, the letter says.

In early January, the woman identified Winston as the attacker, the letter says. The family became concerned that she “would be targeted on campus” and requested help from an attorney friend. The attorney contacted TPD Detective Scott Angulo.

“When the attorney contacted Detective Angulo immediately after Winston was identified, Detective Angulo told the attorney that Tallahassee was a big football town and the victim needs to think long and hard before proceeding against him because she will be raked over the coals and her life will be made miserable,” the letter said”

Meggs: Winston could come “in very near future”

‘This was a rape,’ contends complainant’s attorney in Winston case

Meggs:  Decision in case not likely before Thanksgiving

Florida State fans not only got a commanding 37-7 victory over cross-state rival Florida on Saturday, they also saw the Seminoles do something they’ve only done three other times in history: Finish the regular season undefeated.

The last time that happened was 1999, when FSU won its second national championship.

Woman in controversial Stand Your Ground case out on bond

Woman in controversial Stand Your Ground case out on bond

Should a split jury be able to recommend death penalty?

Welcome to the stone ages. “…Florida law requires only a simple majority, meaning a 7-5 vote could send Morris to Death Row.

Florida and Alabama are the only two states in the country that don’t require a unanimous jury to recommend or decide the sentencing phase in a death penalty case…’Should a split jury be able to recommend death penalty?

British Army to send 4,000 Buddhist troops to India for meditation to combat PTSD

I think the title of the article says it all.

Posted in Meditation and Yoga, Prison and Jails | Leave a comment 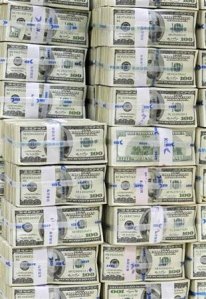 As you will see in the article, it is an invitation to steal from the government. This is not chump change and the IRS has done nothing to correct the problem.

Posted in Corruption, Politics, Prison and Jails, The Problem | Leave a comment

Sandy-damaged prison to be sold in NYC hotspot

I guess it just goes to show that prisons are only about prisons if the land is not good for much else.

‘…The 153 women — serving time for robberies, assaults and lesser crimes — were evacuated a few days before the storm to upstate prisons and never came back. The flooding destroyed boilers and damaged electrical equipment, causing $600,000 in damage. The state’s current budget called for the facility to close by the end of the fiscal year as a cost-saving measure, leaving the building in limbo.

The state has sold other shuttered prisons elsewhere to local governments that have turned them into business parks or to private buyers at auction. The Empire State Development agency is still assessing the best use for Bayview, but its location alone suggests it has more potential than the typical redevelopment stepchild.

Bayview abuts a condominium high-rise designed by French architect Jean Nouvel and topped by a penthouse unit that sold for nearly $20 million. Promotional material for the high-rise touts neighborhood features that are steps away — a slew of gourmet restaurants, the sprawling Chelsea Piers sports facility and the popular Highline elevated park — but makes no mention of the vertical prison that’s in plain view from the upper the floors…’

Prisons in the city give inmates access to not only their families but also a host of volunteers and programs they may not have access to when located in the hinterlands. This is most destructive to the re-establishment of families as well as re-entry programs.

I suppose the big questions are who makes money under the table because in a deal like this there are big bucks and chump change for an under the table deal to a couple of bureaucrats is a big deal.
.

Posted in Politics, Prison and Jails | Leave a comment

‘…Between 2010 and 2012, it took the Florida Board of Medicine an average 434 days to resolve charges of misconduct against doctors, nurses and other health care workers, according to Florida Department of Health records…’

‘…The reason for the drawn out action in Florida is due in part to decreased funding for the state’s health department, which still reels from a $55.6 million budget cut in 2011. The cuts, some contend, result in overwhelming caseloads for lawyers investigating complaints.

Others say low pay at the health department has led to too much turnover. Pay for board of medicine attorneys ranges from $52,000 to the low six-figure range, according to state records…’

All of which means this is a successful union ploy for job security.

When parents get involved, students succeed

Maxwell is a very clear columnist who generally has his ducks in order. This is an editiorial that speaks for itself.

When parents get involved, students succeed

Escaped prisoners grilled: Who helped you?

Makes you wonder just how good our criminal justice system is in Florida. The second question is when you look below the surface, just what kind of laziness and ineptitude exists. You just know that almost every law enforcement and prison system in the country are going to be digging into their records and procedures to see if similar cases exists within their jurisdictions.

These were relatively poor and know nothings in the system. If they can figure it out then just how many more were at it.

‘…Among the questions being posed to Joseph Jenkins and Charles Walker: Who forged the papers? Who helped you run from police? What other prisoners have gotten away with this? Who was coming from Atlanta to whisk you out of Florida?…’

Escaped prisoners grilled: Who helped you?