The Department of Justice does not undertake a case of this magnitude against a major corporation such as Shands lightly. UF Shands has lots of money and political pull that could make any such endeavor not only futile but career terminating.

In a court of law this would make a good case but because the politicians write the laws what they do is legal because they simply say so. And the beat goes on.

“…Florida House Speaker Will Weatherford is now struggling to answer a simple question that has bedeviled many politicians: What exactly do you do for a living?…’  Florida speaker’s mystery job and the other half of the story Florida insurance chief explains lack of drop in cost of insurance Then the Ousted state GOP chairman Greer headed to federal prison

Deputies caught admitting traffic stop was illegal on their own camera

You know this has to be going on a lot more than is admitted to. In the days of yesterday, it was vigilante justice.  I guess it still is.

Deputies caught admitting traffic stop was illegal on their own camera

For Women, a Second Sentence 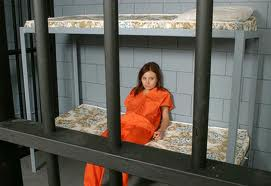 This tells a bigger story than the title presents. Yes, the title is correct but it does not just apply to women.

About 1995 or so I was doing prison programs in Mass. The courts ordered the state to reduce the prison over crowding almost immediately. Rather than build new prison they rented space in an empty contract prison. The contract said the state could only ship minimum security prisoners with not rule infractions. They woke them up one night without notice, loaded them on a plane and sent them to Texas. What happened is that inmates that were non-violent and obeying the rules got punished for being non-violent and obeying rules. Adding insult to injury was the fact that the support groups and family were also punished as well as the kids that were trying to not only support the inmate but also reconstruct families.

Now, turn the clock back to Prohibition. One of the single biggest reasons Prohibition was repealed was that it was corrupting the criminal justice community as well as filling federal prisons to the bursting point. This is not unlike the problems today with prisons and the war on drugs.

So, you have to ask yourself why are they turning a woman’s prison into a man’s prison if the prison population is going down. Like Florida, it could be that the feds have closed down too many prisons and now they are experiencing a surge of inmates. Makes ya wonder.

For Women, a Second Sentence

Posted in Politics, Prison and Jails, The Journey, The Problem, Women and Children | Leave a comment

As I was reading this story, it occurred to me just how many times have I heard that the safe guards are in place here there are documented by NSA itself almost 3,000 violations in two or so years.

What they don’t tell us is who did these violations and towards what end they served.

This seems like another scene out of the Movie called Clockwork Orange. It seems so strange that the country is so dead set on killing its own citizens.

Posted in Politics, Prison and Jails, The Problem, Vigilante Justice | Leave a comment 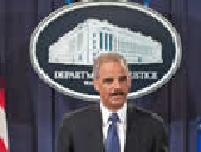 This is something I never thought I would see coming out of Washington and especially the Department of Justice. The secretary goes on to say: “We must face the reality that, as it stands, our system is, in too many ways, broken,” Holder said. “And with an outsized, unnecessarily large prison population, we need to ensure that incarceration is used to punish, to deter and to rehabilitate — not merely to warehouse and to forget.”

and here are some key follow-up documents

Drug crimes, many of them nonviolent, account for nearly half of those offenders. The policies come with a big price tag: Incarceration from mandatory minimum sentencing cost $80 billion just in 2010, he added.

Holder pointed out, as have many critics of the U.S.’ not-unjustified claim to high moral standing, that the U.S. has 5 percent of the world’s population but 25 percent of its prisoners.

Holder has ordered federal prosecutors to omit listing the quantities of drugs found on a first-time, nonviolent offender. He’s told them not to charge suspects with offenses that carry automatic mandatory minimums. Those and other criteria leave sentencing where it should have been all along: at the discretion of the judge….’

Posted in Politics, Prison and Jails, The Problem | Leave a comment

Those coming out of prison or even those with friends or families in prison need to pay close attention to this. Prison canteens only sell food and drinks that have high sugar content. A canteen in a quad of 340 inmates can make an average of $3,000 a week. That is a lot of candy bars, cokes and cookies.

There is a price for these sugar highs aside from the normal diabetes which is dementia. It is well worth the effort to find some sort of medical authority to take a close look at your sugar levels to prevent a host of sugar related problems of which diabetes and dementia are only two.

Posted in Prison and Jails, Re-entry, Women and Children | Leave a comment

Never have I seen a story that so clearly demonstrat

ed the full impact of survivor guilt. Most think of it in terms of war and that is only the tip of the ice berg. There are auto wrecks, house fires, and etc. Then again, many coming out of prison share the same experiences but there is an added twist. I am now free and they are not when considering those friends and companions still doing time.

The common  thread is th

at coming home is not always the best of all worlds. In part, because no one understands and everyone expects you to just get a life. All too often women have the remnants (kids) of what remains of their family dumped on them within a house of non-functional family members that all too often contributed to their prison stays. These family members expect/manipulate them (the women coming out of prison) to make up for what they have done while they were on vacation in prison.

The fire fighter put it most clearly: “Coming home, that was the worst feeling ever,” McDonough told ABC News in an interview aired Wednesday. “Knowing that these families would see me, but not anyone else off that crew. No one. I was the only person they’re going to see.” The story line may change but the dynamics remain the same.

Posted in Prison and Jails, Re-entry, The Problem, Women and Children | Leave a comment

We know that the higher up you are in the government is the less chance you have of being punished for it. The manipulation of this scope does not go unnoticed be those in the business of what ever is being manipulated. At worst, it is their silence that enables such things to continue.